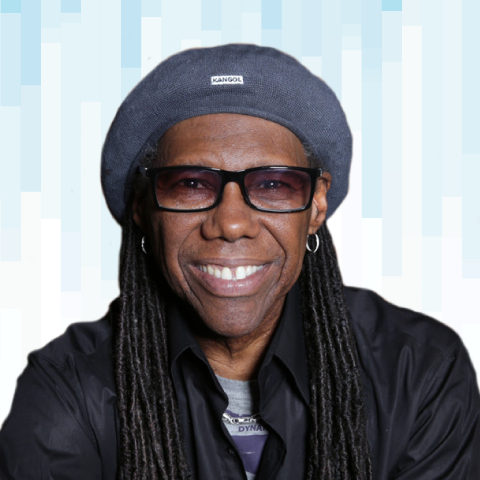 Nile Rodgers
GRAMMY-winning, Rock And Roll Hall Of Fame, Songwriters Hall Of Fame inductee artist, composer, and producer
Guest Speaker
Nile Rodgers is a GRAMMY-winning composer, producer, arranger and guitarist. As the co-founder of CHIC and the elected Chairman of the Songwriters Hall of Fame, Rodgers pioneered a musical language that generated chart-topping hits like “Le Freak,” and sparked the advent of hip-hop with “Good Times”. Nile Rodgers transcends all styles of music across every generation with a body of work that’s garnered him inductions into the Rock & Roll Hall of Fame and the Songwriters Hall of Fame.
Most recently, he was appointed as the first ever Chief Creative Advisor for the legendary Abbey Road Studios.
He has produced artists such as David Bowie, Diana Ross, and Madonna which have sold over 500 million albums and 75 million singles worldwide while his innovative, trendsetting collaborations with Daft Punk, Avicii, Sigala, Disclosure, and Sam Smith reflect the vanguard of contemporary music.
Collaboration and Creativity: Creating Iconic Music Together